Skip to content
You are here
Home > Africa Travel Writing and Photos > South Africa – short stories and photos
We leave the Cape of South Africa tomorrow morning for Victoria Falls, Zimbabwe and Chobe National Park, Botswana.
The cape area of South Africa was different than I thought it would be.  And different from most of Africa.
It was geographically stunning.  Sophisticated with its food and wine and art.  And racially diverse, while still feeling very separated rather than integrated.  It could have been parts of Europe or Australia or other places that feel very familiar.
But we were treated universally kindly by everyone.  And had a very positive experience.
I do think that many people in South Africa seem very concerned about what the world thinks of their country – and them – with all the turmoil that still leads the news over two decades after it has shifted to the New South Africa from the old.  While I heard everyone express some frustration with what was happening in the country, it’s clear this is a country in the midst of an enormous metamorphosis. And from the perspective of an outsider they seem to be moving forward.
I’m sharing some photos I liked with short descriptions.  This is a fascinating place – and a unique place in the world.
*********************************************************************************
Jeffrey’s Bay:  A world class surfing site, today the beach was home to surf lessons to very enthusiastic boys rather than the 20 foot high tubes it’s known for in the winter. 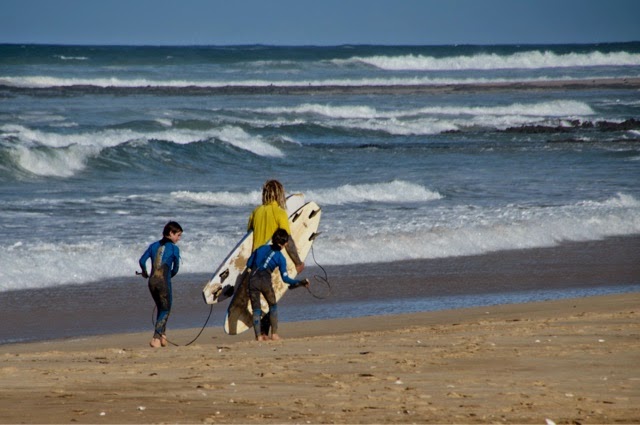 The Protea Plant grows wild over the sides of mountains in the drier mountains of this country.  There were many dead plants and blooms due to the drought this year, but some blooms still emerged … a florist’s haven. 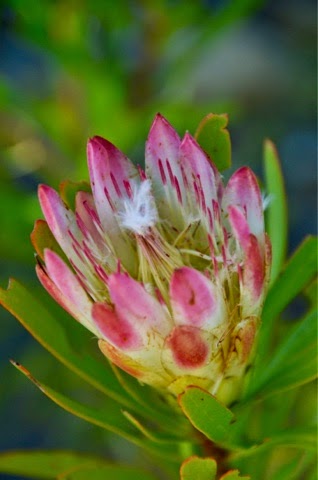 HIV/AIDs impacts 15-20% of residents in South Africa – especially those in the black townships.  This display in the Knyssa township library reminds people of the health necessities – and the humanity – behind HIV/AIDs.  The local health clinics dispense AIDs medicines, and have health workers visit homes regularly to make sure patients are taking the complicated drug regimine correctly. 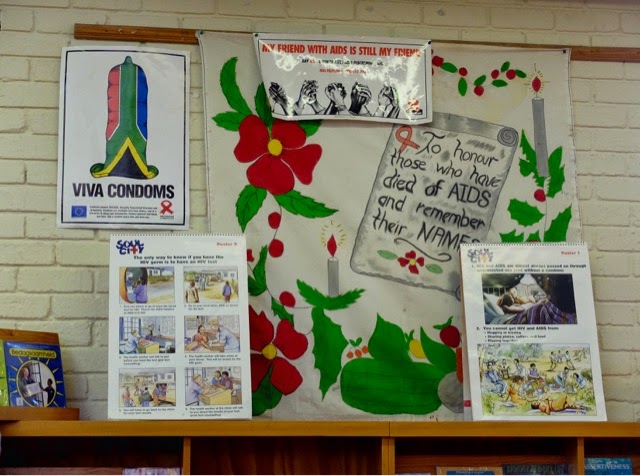 Children are the same, everywhere 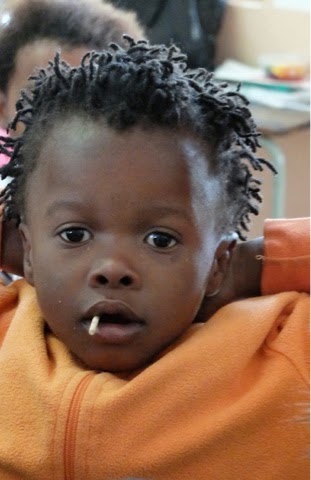 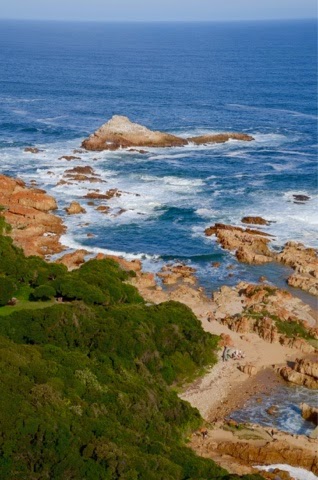 Hermanus held its first Xtreme sports event … and urban cycling was one of the competitions.  These pros are some of the best in the country and are here for the 20,000 Rand purse.  They are riding alongside amateurs, and while the pros easily won the first heat, they did not humiliate the local amateurs who rode with them. 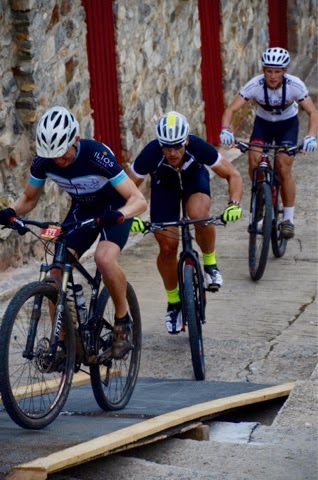 This girl tried out the Urban Cycling Course after the race along with a handful of boys.  She needed a little extra help to get up the steep hill, and is more than a little frustrated at being left by some of the boys who rode up ahead of her. 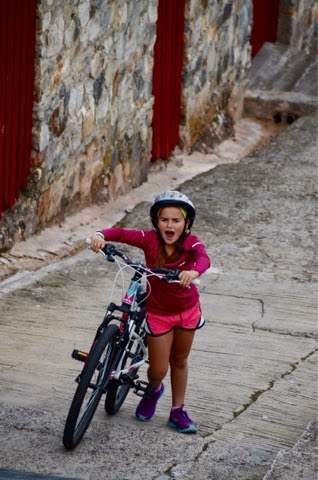 Two children play in the Harbor in Hermanus in between the heats of the paddle board races. Their mothers watch from nearby. 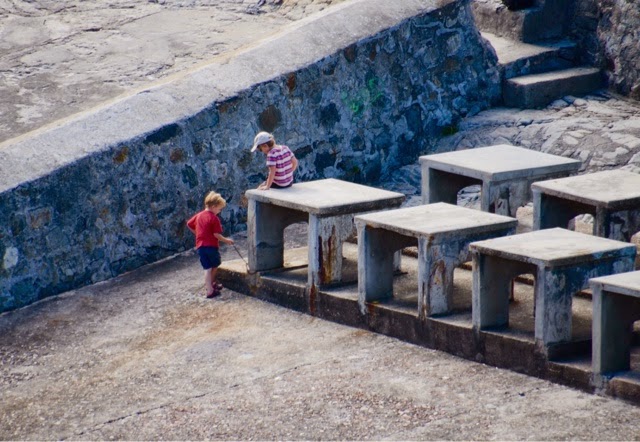 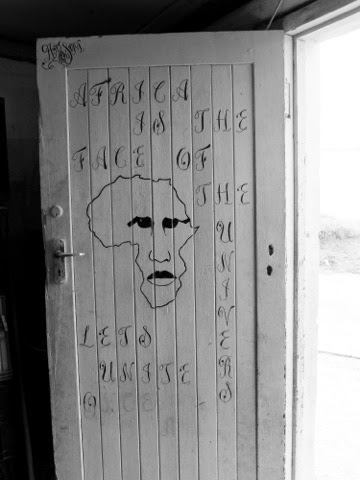 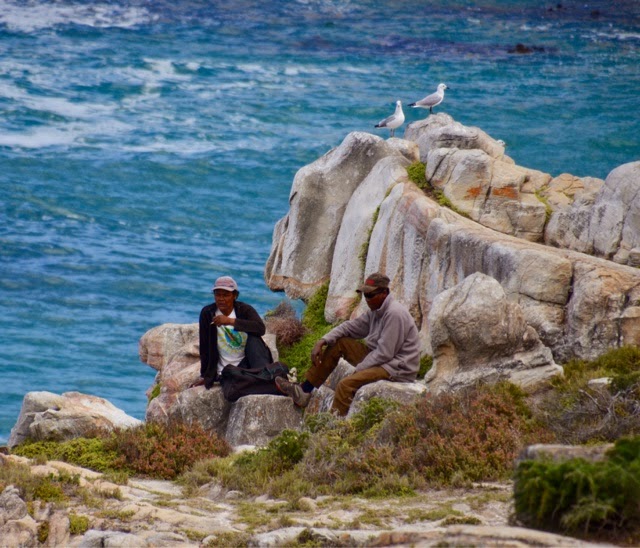 Nguni:  An artist in Hermanas shared the story of the Nguni – the native cow that is only found here in South Africa and known for their beautiful hides and color patterns.  They have become a symbol of the new South Africa – an animal only found here that is special to this country. They are prized in traditional societies – so important that Nelson Mandela was layed to rest on an Nguni hide.  So there is a demand for art representing this symbol of South Africa.  And, as we drove along, we could recognize thse animals by their beautiful colors. 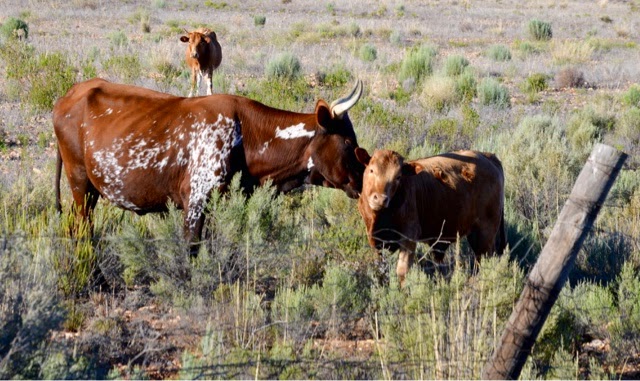