You are here
Home > Bike Travel - Italy Travel Writing and Photos > Lucca
Lucca is made for wandering. 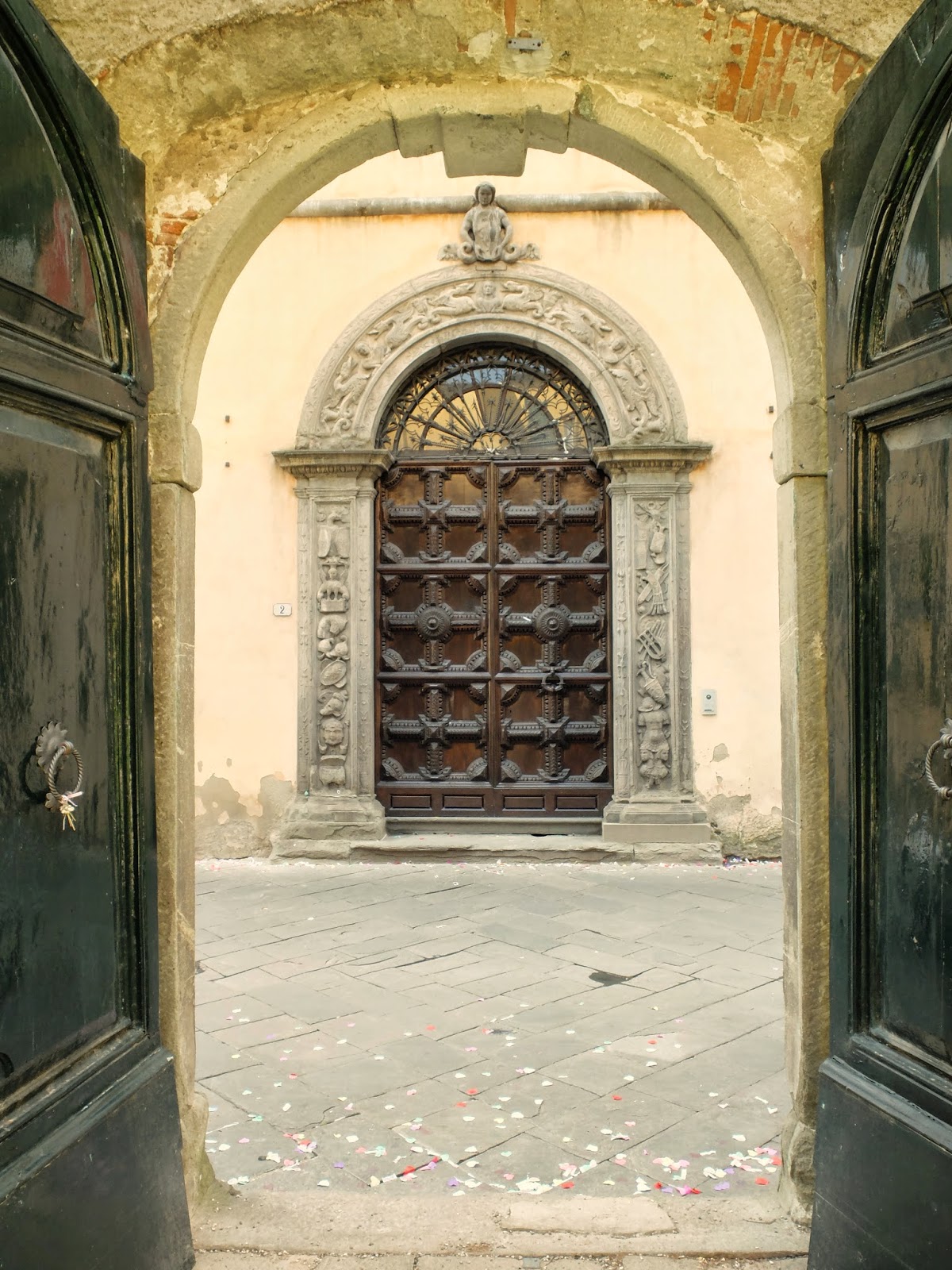 The structures of the old town were spared bombing and destruction over the centuries.  The city is ringed by walls that serve as pedestrian and bike walkway … possibly one of the world’s best places for an evening passeggiata.  It is filled all times of day with families and joggers and cyclists and walking couples all dodging each other as they parade past the tightly-packed town on the inside and the rolling hills and mountains of Tuscany that surround it.

I venture through open doors to hidden courtyards filled with flowers and many with the medieval stone well still in the center.  Palazzos that once housed the local noble families have been turned to office buildings and or private homes.  The homes of the ruling class now host the new elite.  The street entrances that once allowed in horses often serve as car parks.  The courtyards are practical entrances to offices though sometimes you happen upon a secret garden dripping with green and flowers. 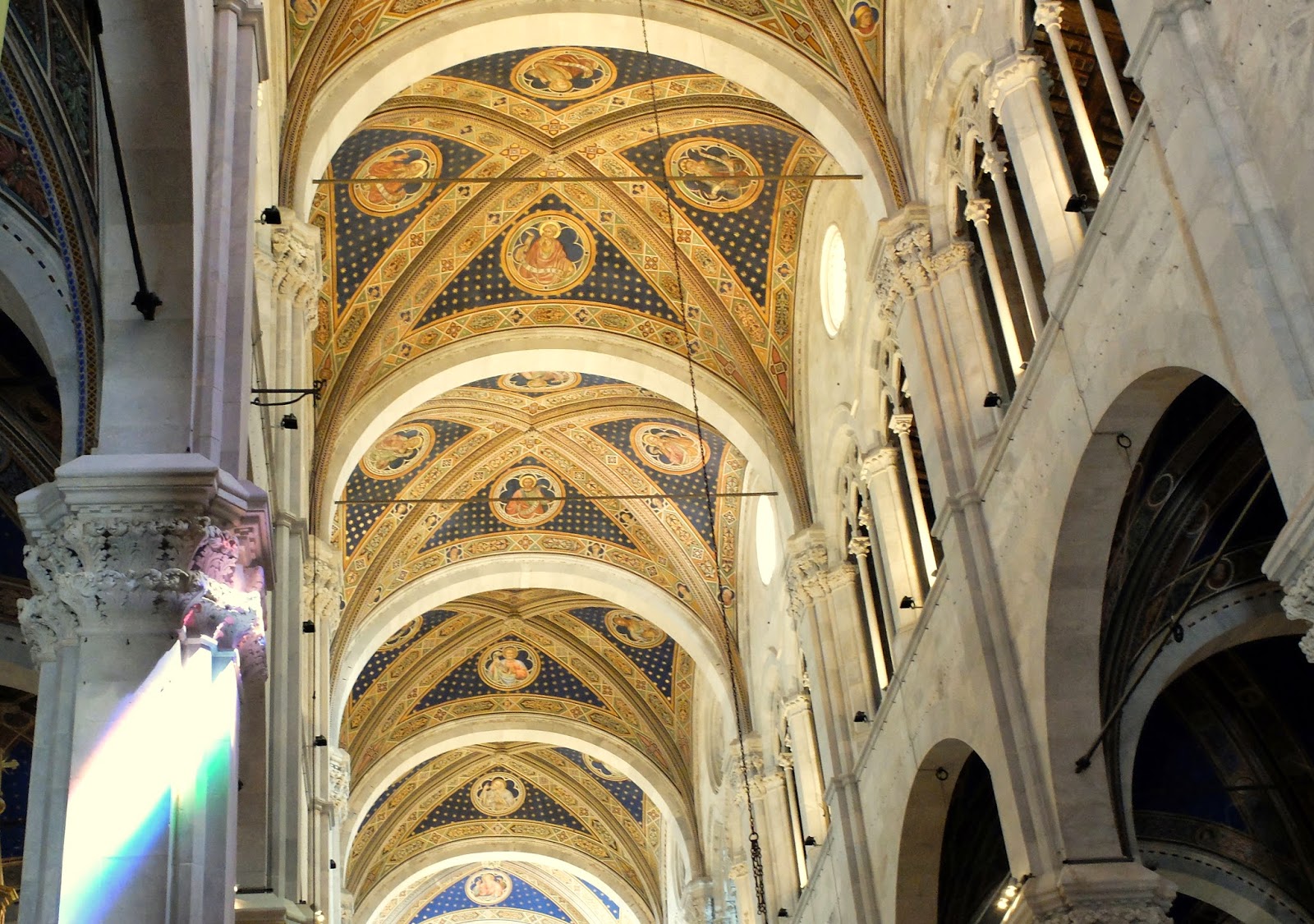 The churches (cheisa’s) here are old … even by medieval standards.  Many are Romanesque.  Most are white and black marble, though some are still look like the ancient Roman brick buildings that were co-opted by the Christians for their places of worship.  The interiors of the smaller churches are simple – some still have the timber ceilings and the painted walls surviving, and they seem more beautiful because the lack the ornate decorations.  But the Duomo trumpets Lucca’s importance and wealth in the region during the Renaissance and hosts masterworks by Tintoretto and Pisano and Michelangelo’s teacher. 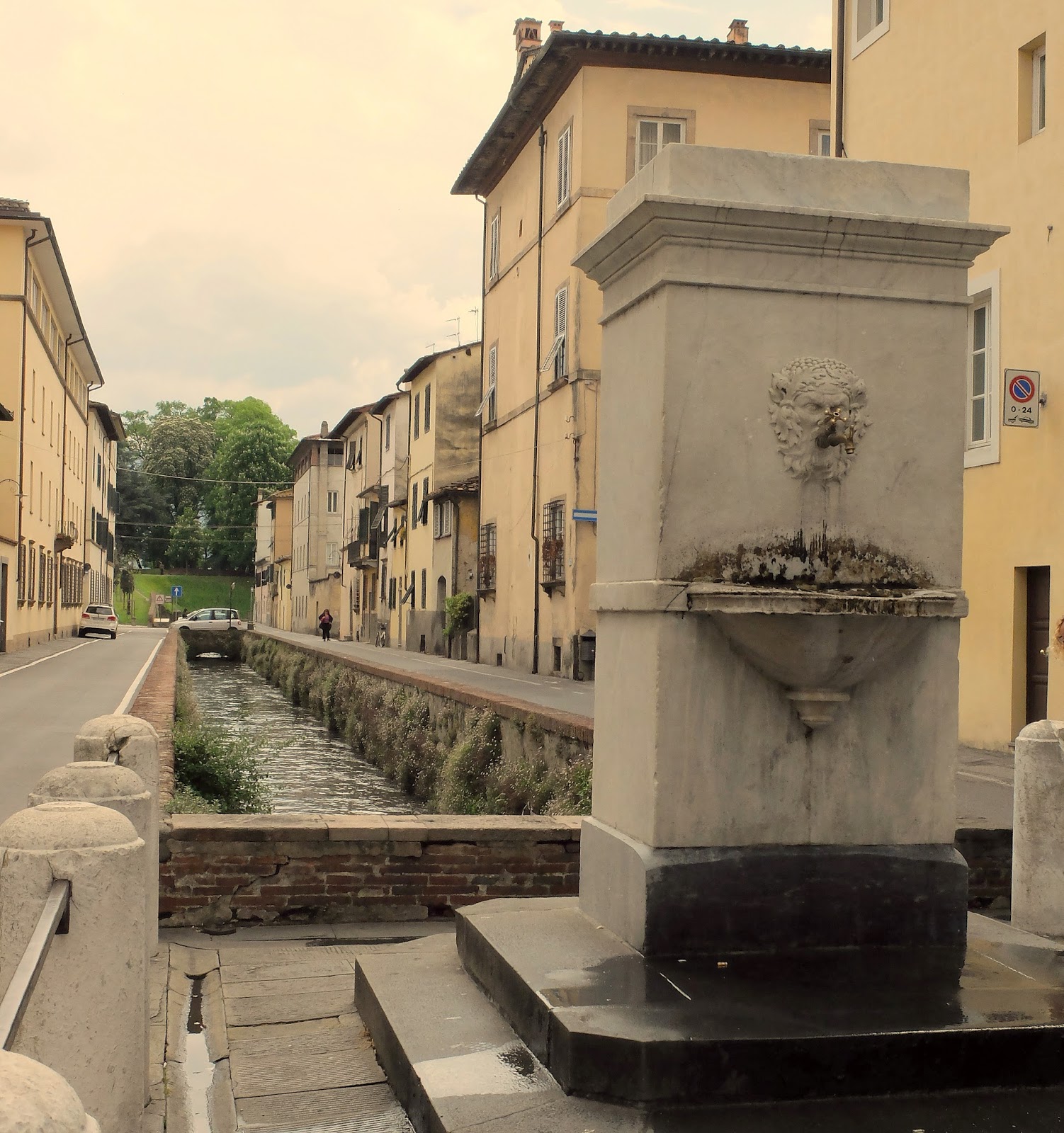 In many ways life seems unchanged from centuries ago.  People here still drink from the same fountains connected to the same natural springs.  They bring their bottles and fill them every day and swear by the taste.  And it’s good … we take our bottles to the fountains now, too.

The Roman amphitheatre in town has been made into a perfectly oval public piazza that still buzzes and hums and throbs with the energy of thousands who pass the afternoon in the cafes and shops at its center. 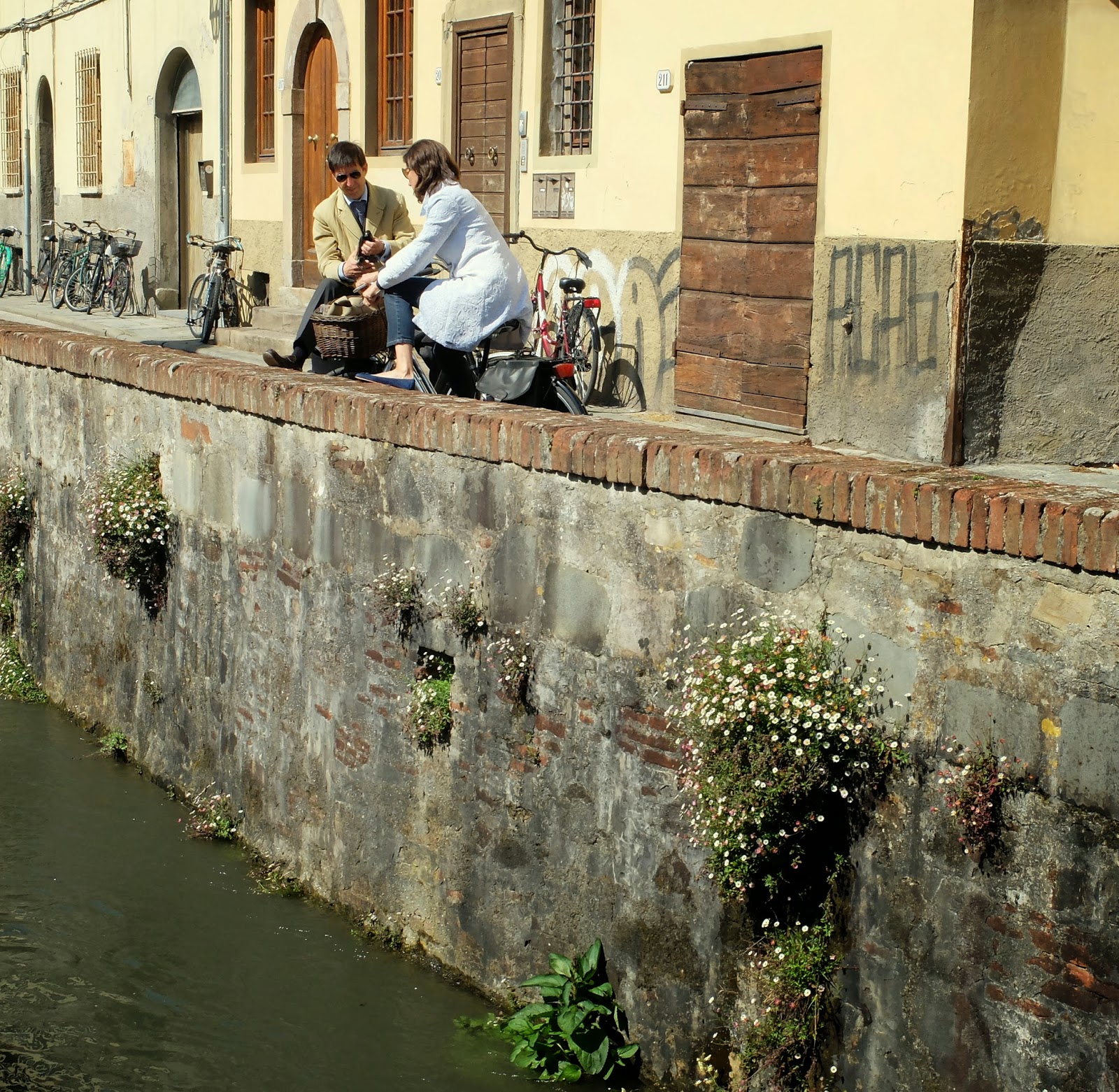 And in the late afternoon the shops open again with beautiful meats and breads and pastries and wines and oils for sale so the shopping can be done as it always has … one special product at a time.

Lucca has managed to preserve its integrity through the centuries as it’s modified buildings for modern uses while keeping the heart and feel of the city intact.  This town is still for the for the people who live here.

And while I’m sure that as summer progresses tourists will descend upon the town, I suspect  Lucca will just integrate them with grace continue walking the walls and drinking from the fountains and meeting in the amphitheater long after the visitors leave. 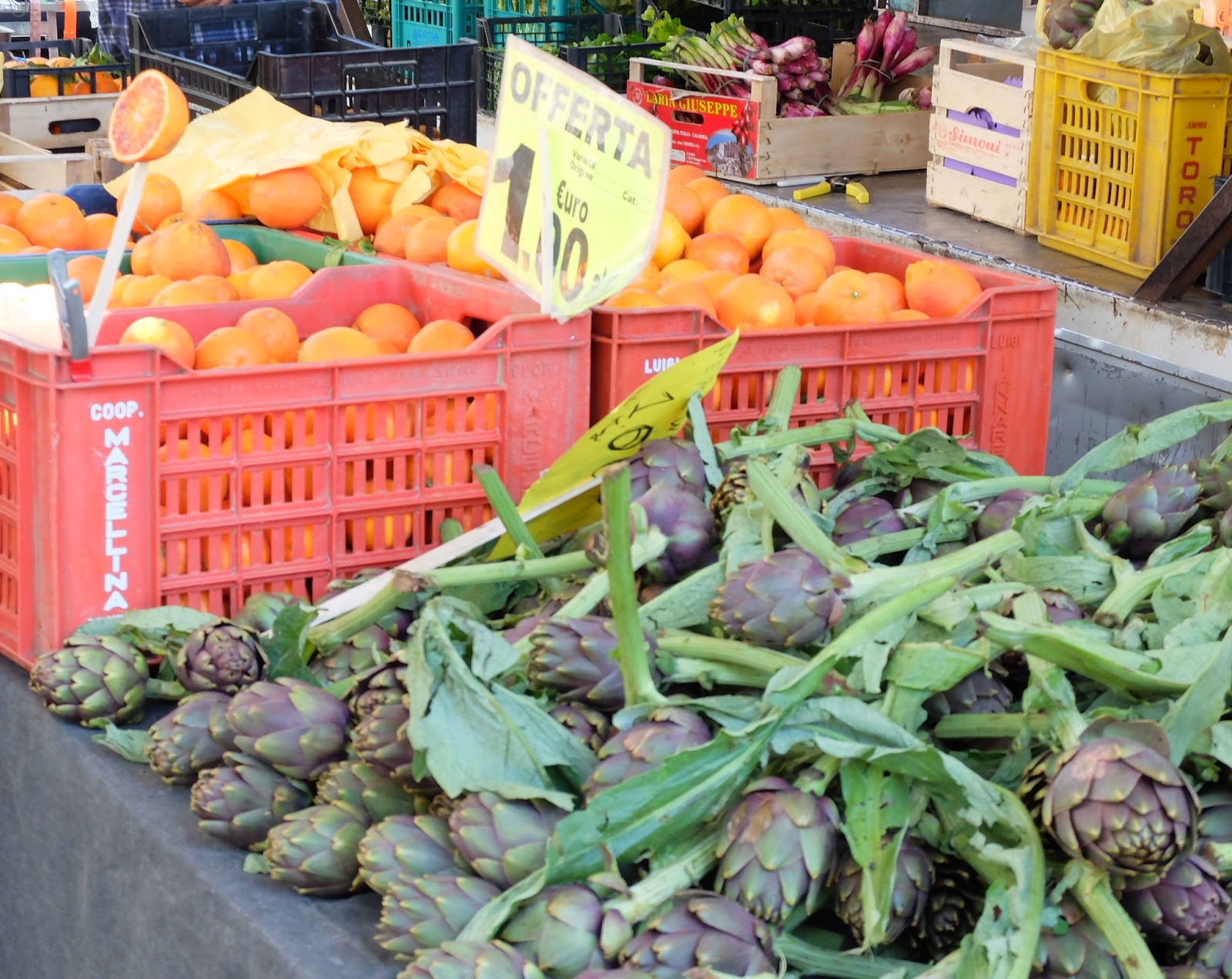 One thought on “Lucca”